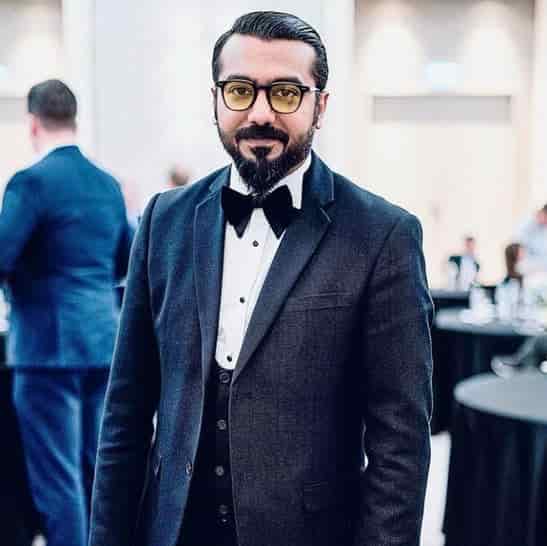 Usman Khan alias Rocky is a renowned name in the states of UAE. Born and raised in Saudi Arabia, Rocky, at a mere age and dreams larger than life, shifted to Dubai post his graduation from Al Dammam in Saudi. In order to mark the beginning of his career, Rocky stepped into the field of banking and grew like fine wine over the period of 14 years. Since his teenage days Rocky's life visions were like the altitude of a mountain. With years of experience in the banking industry and a dynamic social network, Rocky insisted on backing his love for entertainment into reality. As a young lad, Rocky had been part of various entertainment projects but who knew the growing passion within would flourish his dreams and enhance the lad into a man with the personality of an individual who would be known for bringing some world famous Hollywood and Bollywood movie premiers and music concerts in the state of Dubai.

A personality with a mind running faster than light, Rocky couldn't stop at one, may it be his experience in the banking and financial sector or his love for the entertainment industry. Alongside his ongoing projects, Rocky as a consultant to some of the renowned companies in the field of IT, Entertainment, Infrastructure Development, has helped them advance in their respective fields and generate revenue beyond their expectation. His ongoing program related to generating funds for a data center is equivalent to USD 100 million making it the largest data center in the world. As an executive producer with Gaurang Doshi Productions and Tiger Trail Production, Rocky marked his presence as a mirror image to the founder Mr. Gaurang Doshi. Two extraordinary minds with a similar motive in the field of entertainment have joined hands to create a legacy for generations to come. Along with all the other businesses, Rocky Khan also owns companies in the entertainment, legal and consultation and financial sectors  in Dubai and Saudi Arabia.